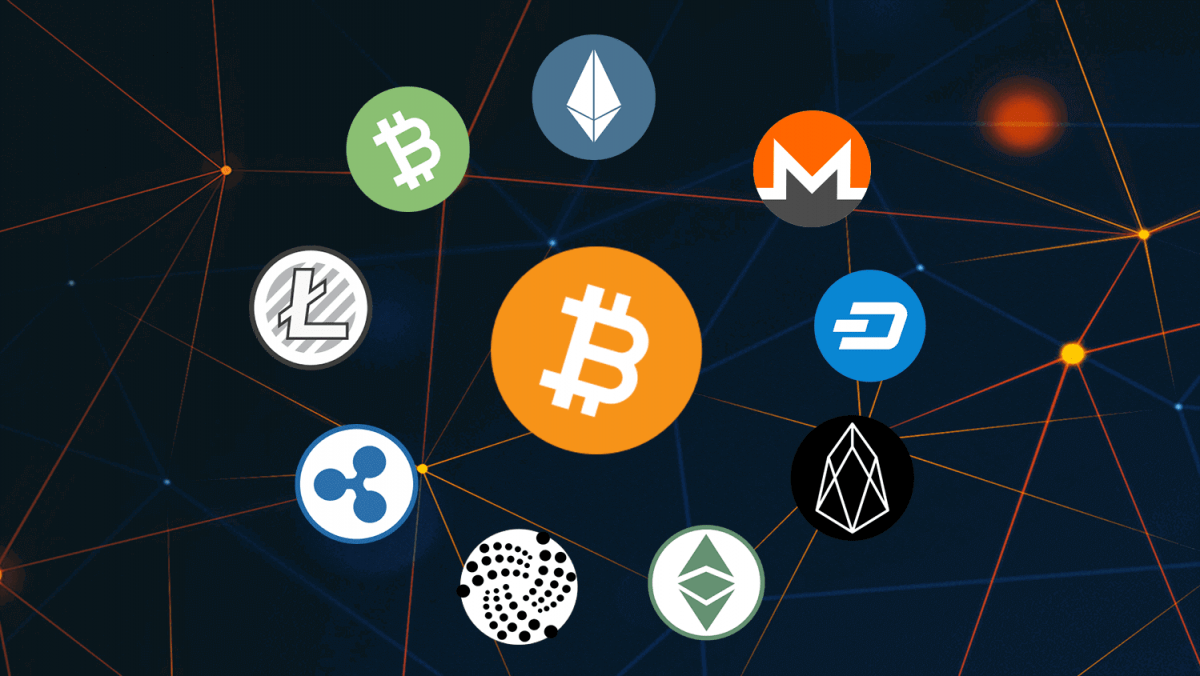 The altcoins are referred to as an alternative to BTC and have played a crucial role in the development of the cryptosphere. It not only helped the market to realize the full potential of blockchain technology but also emerged as the best investment-grade assets of recent times.

Since the launch of the first altcoin, Namecoin on April 18th, 2011, the market has witnessed the launch of thousands of altcoins, each with unique features and functionalities.

However, only a few have been successful and have emerged as profitable coins for investment. This article highlights the best altcoins to buy now in 2020 based on their attributes: When speaking about altcoins, nothing comes closer to Etherum in terms of utility and value. It is the second most valuable cryptocurrency in the market. Launched on 30th July 2015, Ethereum is a decentralized platform for money and new kinds of applications.

The idea of Ethereum was proposed in late 2013 by cryptocurrency researcher and programmer, Vitalik Buterin. Its development is funded through an online crowd sale that took place in the middle of 2014.

Ethereum revolutionized the crypto space as it enabled the creation of smart contracts and build and publish decentralized applications (dapps) on its platform. Ether (ETH), the native coin of Ethereum blockchain whose main purpose is to fuel the Ethereum blockchain and is also traded against major cryptocurrencies.

Ethereum used to be the preferred platform for launching ICOs when it was a popular fund-raising option by blockchain projects.

To make Ethereum a futuristic blockchain platform, it will be soon transiting from proof-of-work to proof-of-stake consensus mechanism.

Bitcoin Cash is P2P electronic cash and is a fork of Bitcoin which was created in July 2017 and is far superior to Bitcoin in terms of technological capabilities. Bitcoin Cash solved the issue of scalability by increasing the block size to 8 MB and by removing the SegWit protocol, it resulted in a higher number of transactions per block and lower transaction fee.

It competes directly with the players in the traditional instant fund transfer segment like VISA, MasterCard, PayPal, etc. Cardano is the first peer-reviewed blockchain project and was launched in 2015. It is a third-generation cryptocurrency that improves on the issue of scalability, interoperability, and sustainability.

It is much like Ethereum, which supports smart contracts and can be used to run DApps. It consists of two-layered architecture, Cardano Settlement Layer, used for confirming transaction settlement, and Cardano Computation Layer, which comprises smart contract logic.

The whole Cardano blockchain protocol is backed by extensive scientific research and is developed and maintained by three organizations, The Cardano Foundation, IOHK, and Emurgo.

Currently, Cardano is ranked 11th in the list of most valuable cryptocurrencies by market capitalization.

It brings together all the pieces of information about the supply chain movement of a product that can be verified and secured for all participants.

It uses two tokens, VeChain token (VET) and VeChain Thor Energy (VTHO). The VET is used to carry value for smart contracts on its blockchain and the VTHO is a gas token to power the transaction on the network.

VeChain has proven its utility in almost all the sectors of the economy and it aims to conduct transactions between IoT devices in the future. Zilliqa aka known as ZIL is one of the best-undervalued altcoins. It was created in 2017 by a group of computer scientists and academicians based in the US. It describes itself as a next-generation high-throughput smart contract platform that solves the issues of scalability, that is faced by older generation cryptocurrencies like bitcoin and Ethereum. Monero (XMR) is an open-source and highly privacy-focused cryptocurrency that uses obfuscated public ledger. This allows anybody to send or receive funds without being monitored by a third-party observer. The identity of the sender and receiver is always anonymous.

It uses a proof-of-work consensus mechanism to validate transactions and doesn’t require any specific hardware set (ASICs) to mine it.

Another advantage of Monero over Bitcoin is its fungibility, which means the currency can be mutually substituted. And, it offers participants a much safer network.

Currently, Monero is ranked 15th in the list of most valuable cryptocurrency by market capitalization.

Binance Coin (BNB) one of the best-performing altcoins so far in 2020. It was released by Binance exchange, initially an ERC-20 standard token, but later moved to the Binance chain.

The BNB token is a payment coin, used to fuel the Binance ecosystem and can also be used to make online payments, buy virtual gifts, and many more. With a total supply of 200 million tokens, the coin is ranked 8th by market capitalization and is one of the few coins to break into the elite top 10 coins in a very short time.

Going forward, Binance will burn 100 million tokens using its profits, which will help to retain the value of the BNB token.

When it comes to altcoins, people tend to confuse a lot because of the complex terminologies used and technical features. And, because of this many prefer to stick with the popular ones.

The above-described altcoins have made a significant mark in the cryptosphere and with their advanced functionalities and they have the highest probability of success in the long term and greater profits.