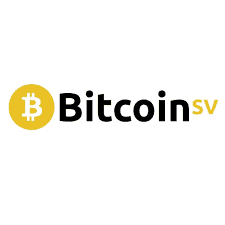 I am not a fan of Bitcoin SV (aka Bitcoin Satoshi’s Vision), but you need to provide what the market wants.

And I know that the market forces like you want to know about reliable Bitcoin SV wallets to store their BSV coins safely. This coin is also known as BCHSV because it forked off from Bitcoin Cash in late 2018.

The main driving force behind this altcoin is Craig Wright (so-called Satoshi Nakamoto) & CoinGeek. But for now, I will not get into the details and present you with a list if BSV wallets which I think are reliable: Ledger Nano X is the perfect device to store your BSV coins.

It is a newly launched hardware wallet by Ledger SAS capable of storing 1000+ cryptocurrencies including BSV coins. Easily, it is the most sophisticated hardware wallet you will find in the cryptosphere as it comes with a Bluetooth feature which is very handy.

Using Bluetooth, you can connect your iOS and Android devices wirelessly to  Ledger Nano X and use it with the Ledger Live app.

But in this case, the Bitcoin SV Ledger Live app isn’t supported. Instead, you need your ElectrumSV interface to manage & store your BSV coins.

You need not worry; you are still storing your BSV on the hardware device itself but accessing it through the ElectrumSV interface. This way too you remain in control of your private keys through initial seed that you will eventually back up while initializing Ledger Nano X

If you have any questions on it, feel free to ask it in the comments below 🙂 Ledger Nano S is the precursor to Nano X.

Ledger Nano S provides the same security as Nano X, but it has fewer features. Ledger Nano S doesn’t have Bluetooth, and a battery to you cannot use it wirelessly with mobile devices.

However, Ledger Nano S is compatible with Android devices when you use an OTG. But the good thing is, Ledger Nano S can also store 1000+ cryptocurrencies including Bitcoin SV, and has the software interface of Ledger Live.

But in this case, Ledger Live doesn’t support Bitcoin SV. So you will be required to manage your BSV coins on Ledger Nano S through the ElectrumSV wallet.

If you are low on your budget and want the same amount of security with fewer features, take a look at the Ledger Nano S hardware wallet for Bitcoin SV. ElectrumSV is a fork of the popular Bitcoin wallet- Electrum.

ElectrumSV is a lightweight desktop client maintained officially by Bitcoin SV. The good thing is, it doesn’t require you to download the whole Bitcoin SV blockchain.

You can easily manage and store your BSV coins on Electrum and still access all the features of the Bitcoin SV blockchain. Electrum SV also integrates with Ledger Nano X & Ledger Nano S to give you the best of both the worlds, i.e., the security of hardware with the easy to use interface of ElectrumSV.

As of now, ElectrumSV is available for Mac & Windows !! Exodus was one of the few wallets to support the Bitcoin SV fork as soon as it happened.

Since then, Exodus has been supporting Bitcoin SV in its awesome desktop wallet interface. For the first-timers, Exodus is a popular multicurrency wallet operating in this space since 2016.

It is also one of my go-to desktop wallets for storing altcoins and ERC20 tokens. It supports 100+ cryptocurrencies including BSV now.

Being a self-hosted HD wallet it assures you about the sovereignty of your digital assets. You get the seed-words at the time of set-up only which you need to back-up safely.

It also has an in-built exchange which allows you to swap Bitcoin SV currency to any other without going to crypto exchange that too instantly. Coinomi is another reliable cryptocurrency wallet developed and maintained by a team of dedicated developers from London, the UK.

Coinomi has been here for five years and earned a name for itself by providing the fastest support for forked coins. This time also, they were one of the pioneers in offering support for the Bitcoin SV coin.

Coinomi supports 100+ blockchain assets on its non-custodial wallet infrastructure where you can send, receive, store, and exchange your BSV coins at any time.

As of now, Coinomi is available not only for mobile (iOS & Android) but also for desktop, i.e., Mac & Windows.

Which Is The Best BSV Wallets?

If you are a long-term holder of BSV wanting to keep it safe, you should look no further than Ledger Nano X or Ledger Nano S. They are not only best for BSV but also for other 1000+ cryptocurrencies that you might own.

So stay safe and use good wallets to store your BSV and other currencies.