I am a fan of Dash coin just like you and have been a believer that Dash cryptocurrency made our crypto sphere more innovative and mature.

Dash was born in 2014 to compensate for the shortcomings of Bitcoin. Of course, there is only one Bitcoin, but Dash has undoubtedly made its mark.

In the last bull run, Dash crossed $1000 mark which an achievement for an altcoin. Since then it has become imperative to keep your Dash coins even safer. Who knows Dash might just cross $1000 again in the next bull run which is due !!

Here are some of the best Dash wallets that I have used and tested personally. Feel free to choose any Dash wallet from it and avoid using exchanges for storage.

Ledger has been providing security solutions for digital asset holders from the early days of 2014 and has almost five years of experience in making top-notch crypto hardware wallets.

This time they have come-up with Ledger Nano X device which is a highly mobile device capable of securing 1000+ cryptocurrencies including the Dash Cryptocurrency.

It is a Bluetooth enabled device that connects with your mobile and desktop devices without any OTG or USB. The good thing is, it supports both iOS and Android much required for the respite of users.

Additionally, the device comes with a 5mAh battery which has a life of 5 years, and the device itself allows you to use 100 cryptocurrencies at a time through the Ledger Live app.

So, if you are looking for a future-ready hardware wallet for your Dash and other currencies, you should consider Ledger Nano X for sure. 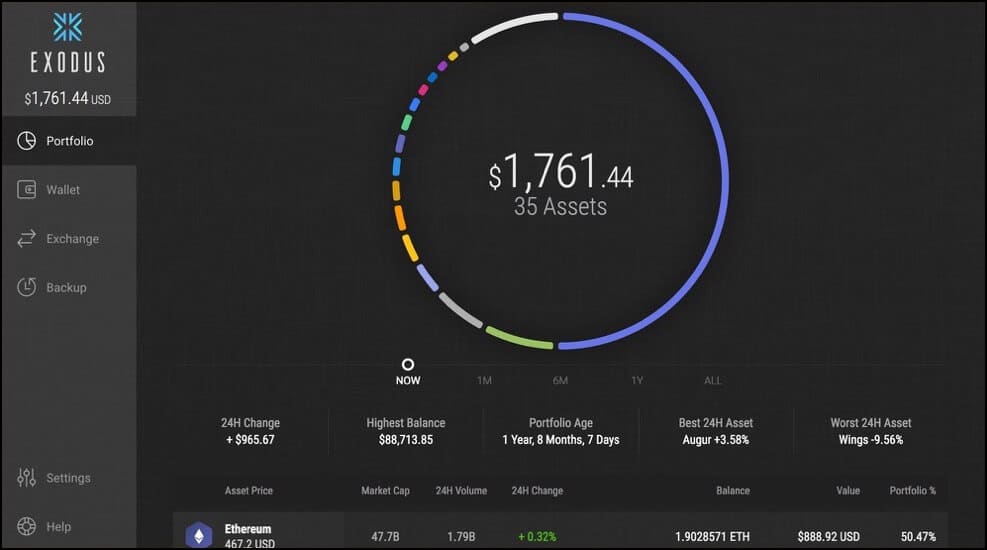 Exodus is a lightweight desktop wallet for Dash cryptocurrency.

It is a multi-coin wallet capable of supporting 100+ cryptocurrencies, and it has been a go-to wallet for many in the cryptosphere since 2015.

That’s because the UI of the wallet is super easy, but they have not let the ease of use effect anyway in the security of their product.

It is easily the most used lightweight cryptocurrency desktop wallet where you are not required to download the whole blockchain for synchronization.

The wallet also has an inbuilt exchange where you can swap your Dash coins easily without worrying about the need to go to an exchange.

Lastly, it is a self-hosted HD wallet, which is now available for Mac, Windows, Linux. (recently, its mobile apps came in the market, but I haven’t got a chance to use them) 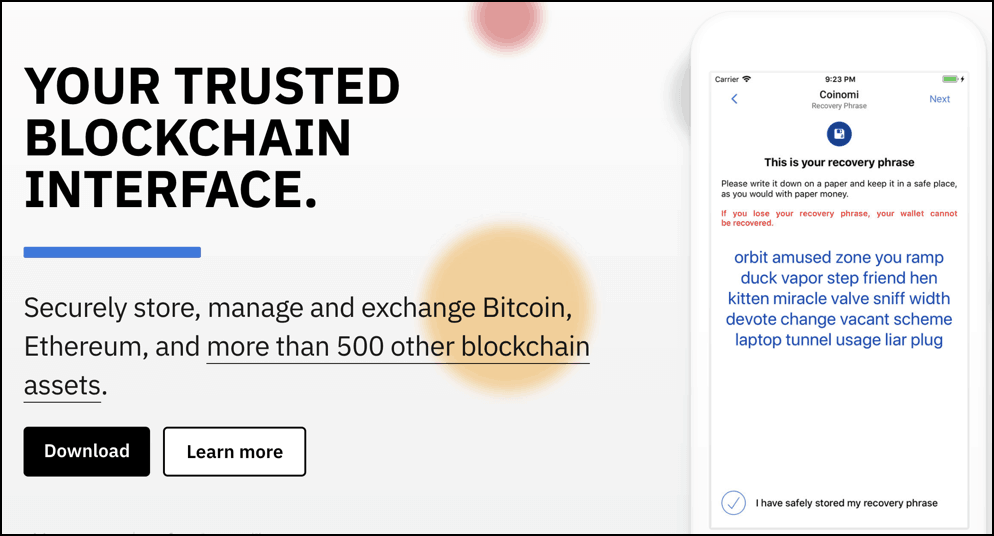 Coinomi is another wallet that supports Dash coin, and the wallet is especially for people looking for reliable Dash mobile wallets.

The Coinomi wallet is based out of the UK and is operating in this space since 2015. It has an experienced team of developers and a large user base which serves as a testimony to its quality.

Again it is a multi-currency software wallet, but it is a self-hosted one where you remain in control of your private keys always.

It also has the feature to customize your transaction fees while managing Dash coin on this wallet and has multilingual capabilities so that users across the globe can use it.

Lastly, Coinomi is available for iOS and Android users. But they have launched their desktop versions too but I haven’t got a chance to use them. PS: I have used the Coinomi mobile wallet for almost two years now. 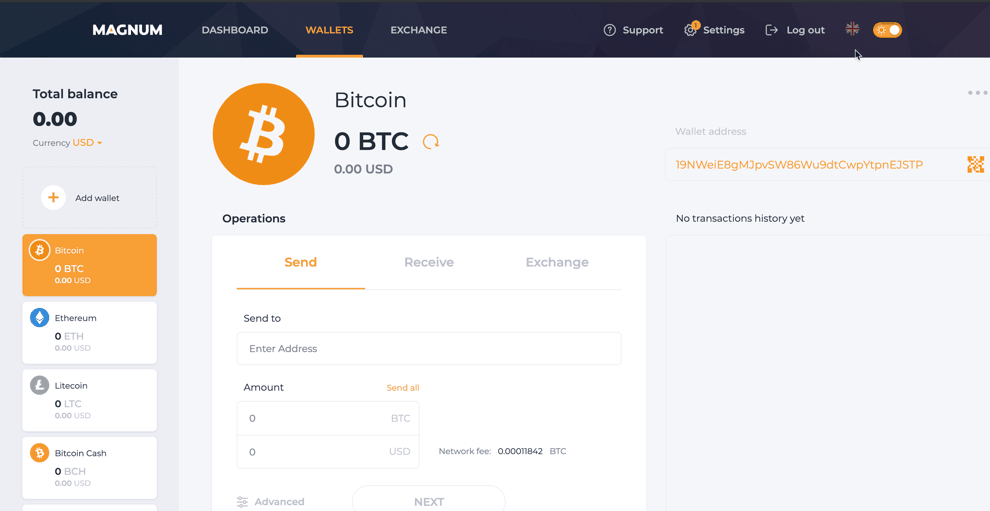 This section might help you get. I am introducing Magnum wallet for those Dash coin users who want a web wallet and aren’t a fan of hardware or mobile wallets.

Magnum wallet is a non-custodial wallet that allows you to store 30+ cryptocurrencies including Dash on a web wallet. When you log in for the first time, the wallet prompts you to set a password.

This password cannot be recovered, and losing this would mean losing your funds stored on the ledger wallet. Also, we suggest you download the back-up keys from the settings section as soon as you log in to your Magnum wallet.

Another good thing is, Magnum wallet integrates with Ledger hardware wallets. So if you want the software interface of Magnum with the security of the hardware wallet, Magnum is the way to go. 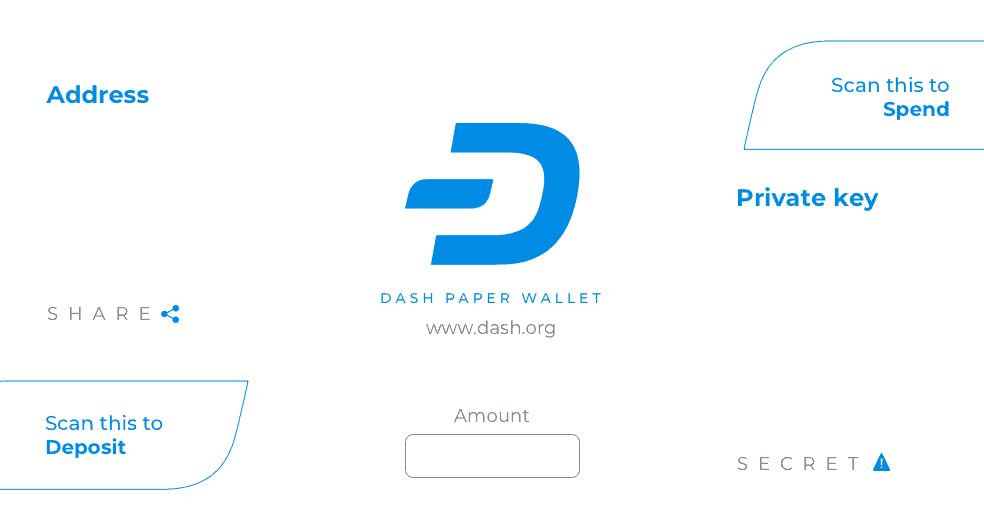 Some of you are paper wallet fans, and I know. That’s why even I have added this section but let me tell you I am not a fan of paper wallets at all.

Paper wallets though are free wallets but are not worth the time due to their cumbersome nature while using them. Moreover, it is 2019, and we have hardware wallets that are much superior in security and user experience.

There are other risks while using paper wallets, such as exposing your private keys, losing your paper wallet or the wallet getting destroyed somehow.

Which Is the Best Dash Wallet Online & Overall?

Now, I believe you must have understood how to create or get a dash wallet address.

But the question arises that which wallet is the best for your Dash currency?

I will be very straightforward in this, as overall Ledger Nano X is the best wallet you can ever have for Dash and other cryptocurrencies. On the software side, the Exodus wallet is good.

But whatever, wallet you choose make sure you are keeping your Dash coin only on that wallet and not on the cryptocurrency exchanges which are prone to hacks.

If you have any questions, let us know in the comments below or tag us on Twitter @themoneymongers.com