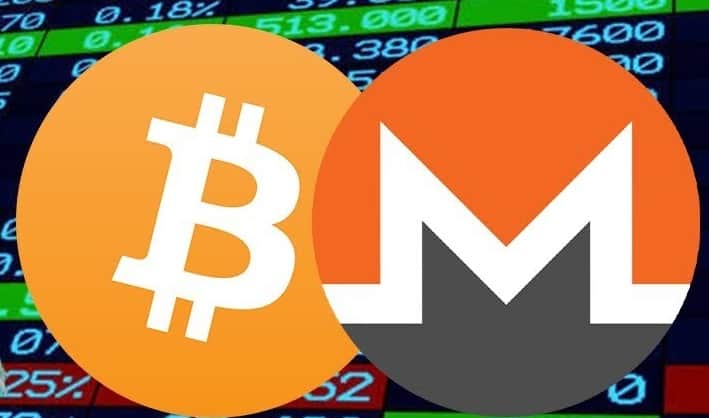 It looks like you have got to know about the secret of changing Bitcoin into Monero for disappearing in cyberspace with your money.

For those of you who don’t know what I am talking about, here is the thing:

Bitcoin isn’t completely anonymous when you own and transact it. To supplement this lack of anonymity, many BTC users convert their bitcoins into Monero because Monero is completely anonymous. One cannot even know how much value was transacted between two parties, forget about their identities least.

However, I understand, your reason for exchanging or converting BTC to XMR might be something else. But whatever it is, you need to do this exchange with extreme caution because crypto transactions are irreversible, and with Monero’s anonymity, it becomes even more complicated.

So to help you out precisely with that we have come up with this step by step guide on converting your BTC into Monero in the least possible time with safety.

We have chosen, ChangeHero cryptocurrency swap service for this tutorial because it is one of the most user-friendly services to exchange one currency to another.

Let’s jump right into the step by step process:

How & Where To Exchange Bitcoin (BTC) To Monero (XMR)?

You should see this screen where you can select XMR and BTC pairs as shown in the below image. Do mention the correct amount of BTC you want to exchange for XMR. Doing this will automatically show you the amount of XMR you will be receiving after the conversion is complete.

Step #2. Here click on the ‘Exchange’ option shown in the above image to see the below-shown screen. You can even change the amount of BTC you wish to exchange here too. You can also verify the exchange fee, the network fee, and the estimated time of exchange on the right side for this conversion.

Here they will ask you for your Monero address. If you don’t have the Monero address, we suggest you choose a wallet from some of these best Monero wallets and get a Monero address for yourself. This is the XMR address on which you will get your Monero coins in exchange for Bitcoin. Step #3. After adding the Monero address, click on the ‘Next’ button shown in the above image. Once you do that you will be shown details of your conversion such as XMR address, fees, time for conversion, etc. Verify the details intently on this page before moving forward for the actual exchange. Step #4. Once you have checked all the details, click on ‘Confirm’ shown in the above screen.

You should see this screen now asking you to send the BTC first on a given address or QR code. Don’t worry; this is how it is supposed to work when you use ChangeHero. You need to provide the relevant currency first after which you receive the other currency. Take out your Bitcoin wallet and scan/put the shown address to send your bitcoins on it.

Note: You have 36 hours to send funds otherwise the transaction will be canceled automatically, but I suggest you send it ASAP before the exchange rate of BTC/XMR pair changes.

Step #5. As soon as you send your bitcoins to the shown address, you will start seeing this screen ‘transaction is being confirmed.’ It means your transaction is processing and will be confirmed by the Bitcoin blockchain soon. Usually, it takes 6 confirmations for depositing Bitcoin which can take up to an hour in case of congestion on the blockchain. The swapping process itself happens almost instantaneously, but the blockchain network takes the rest of the time. Typically, the exchange comprises of these three stages:

Step #6. Wait with patience, and as soon as your conversion from BTC to XMR is completed, you will see this screen showing you all the details of the transaction.

You can check your transaction details on the respective blockchain also.

Congratulations, Tada….!!! You have done it

Some people mistake this for sending Bitcoin to Monero network and think that its Monero’s blockchain that is doing the conversion for them.

But that’s far from reality.

In this conversion powered by ChangeHero, it acts like a mediator who facilitates the conversion of BTC to XMR. Moreover, ChangeHero is worth relying on such exchanges because it has made a name for itself doing the same fro last 5 years in this industry

Note: We have used the example of BTC and XMR in this tutorial, but the process of converting any other currency to another one is the same, so feel free to try out ChangeHero for that too !!

If you liked this guide, please share it with your friends & family member who wishes to exchange  BTC to Monero or vice versa !! Also, don’t forget to follow us on Twitter @themoneymonger for much such article’s updates