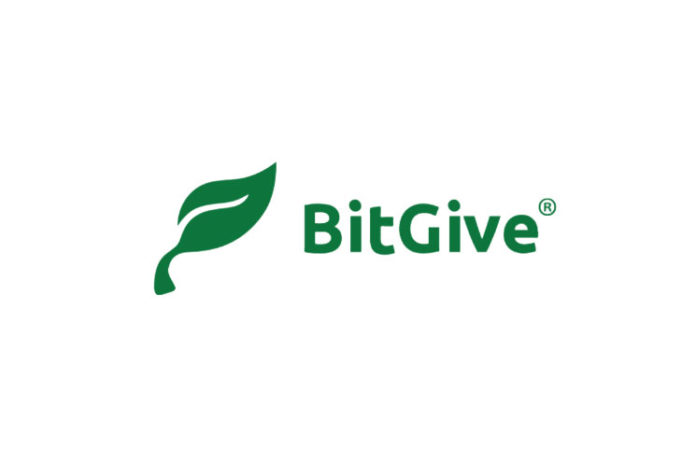 We have discussed many times, how blockchain technology has positively impacted the lives of common people and has revolutionized the way businesses and consumers interact.

But, in today’s blog, we will talk about a foundation that is leveraging blockchain technology to contribute to the world at large and support humanitarian efforts.

The name of the foundation is BitGive, which started in early 2013 by Connie Gallippi, with the support of her brother Tony, who is the founder of BitPay. Gallippi, a crypto enthusiast, mentally worked out the concept of a non-governmental blockchain platform to obtain funding for philanthropic work while attending a bitcoin conference.

Since its launch, BitGive has conducted many projects aimed at providing support to humans in distress affected by natural calamities or health emergencies including the COVID-19 pandemic.

Let us know more about the platform and how it is leveraging blockchain technology. BitGive is the first US-government approved Bitcoin and Blockchain technology 501(c)(3) nonprofit organization started in July 2013. Its vision is to revolutionize global philanthropy through blockchain technology and create a long-lasting social impact.

The platform also helps non-profits to overcome challenges to do their work without limitations. BitGive concentrates most of its work around the public health and environment in the developing world. Its first charitable campaign was for Save the Children for Philippines Typhoon Haiyan relief in November 2013.

To bring more transparency in philanthropic activities and gain the trust of donors, in 2015, BitGive announced its Bitcoin Charity 2.0 initiative and launch of the GiveTrack platform.

GiveTrack allows donors to track their donations by sharing them with financial information and project information in real-time. BitGive is also one of the first recipients of the prestigious Pineapple Fund in both 2017 and 2018.

The GiveTrack platform in BitGive’s flagship project. The platform helps nonprofits to raise donations and provide accountability and financial transparency to donors to have maximum impact on the ground.

How GiveTrack is different from traditional non-profit systems?

GiveTrack has changed this scenario with the use of cryptographic security. Not only the fund-raising and donation process is more secure and transparent, but the platform can be accessed virtually from anywhere. Plus, it ensures fast settlement with confirmation at an extremely competitive service fee.

Under the “Explore” section of the GiveTrack platform website, you can find projects under different stages including the funding, under implementation, and completed stages. The projects listed in the platform provide all the necessary information like the problem they are addressing, how they will use the funds, and expected results which help users to decide on the donation.

How To Donate On GiveTrack?

Users on GiveTrack get multiple options including cryptocurrencies and traditional fiat currencies to make donations.

Givetrack has integration with Uphold to accept donations in 10 different cryptocurrencies other than bitcoin including Litecoin, Dash, Ethereum, etc.

Once logged in to GiveTrack, select a project to donate, and then choose the payment options (credit card, bank transfer, or cryptocurrencies). You will now be prompted to use your Uphold account (sign-up, if you do not have an account) and make the donation.

The transaction will be confirmed based on the payment mode you have selected. For cryptocurrencies, the usual confirmation time is 20-30 minutes.

In this case, you can purchase bitcoin or the other 10 supported cryptocurrencies from either BitPay wallet or Edge wallet and can initiate the transfer process.

The whole initiative will run on a blockchain framework developed by RSK, which specializes in the bitcoin smart contract ecosystem.

With a target to raise $20,000 through donations, the emergency relief fund will provide PPE to frontline healthcare workers through regional response centers around the world. And, it will provide direct assistance in the Caribbean and South America.

It will facilitate contactless payments to impoverished people in the US and Africa through GiveDirectly. And, provide monetary assistance to people in contractual jobs like restaurant workers, rideshare drivers, and many such people who are finding it difficult to survive. The assistance will be provided via One Fair Wage, sponsored by Alliance for a Just Society.

Connie Gallippi on this noble initiative of BitGive’s, “Covid-19 has affected our global community, and it will take all of us coming together and supporting each other to get through this. We are grateful to our partner nonprofits for helping us provide a fully transparent avenue for collective impact, directly assisting those in needs on the front lines.”

BitGive has added PayPal as one additional mode for making donations particularly for this relief fund only.

Over the years, BitGive has partnered with many non-profits around the world who are doing great and impactful things in philanthropy. Some of the notable partners are Save the Children, The Water Project, Open Mind Africa, Wild Tomorrow, America Solidaria, The Glitter Hope of Foundation, etc.

Together with all partners, BitGive has undertaken numerous initiatives helping humans in distress. Like in association with Save the Children, BitGive has provided relief to Typhoon Haiyan affected in the Philippines and people affected by Ebola in West Africa. Constructed new water wells in Kenya in association with The Water Project. And, many other projects that have a huge social impact.

Within five years of its launch, BitGive annual revenue surpassed the $2.7 million mark and has attracted the support of many big names of the industry to support their philanthropic activities. BitPay, Libra, Bitcoin Development Fund, KnCMiner, Coinsecure, Pineapple Fund are some of their founding and major donors.

However, the big chunk of donations still comes from private donors who believe in BitGive’s vision and mission.

BitGive has also collaborated with the University of Edinburgh to research formulating a cohesive approach to leveraging cryptocurrencies in charitable activities.

BitGive: A platform for giving back to society

BitGive is not just a platform for raising funds and donations, but it establishes the faith of donors in the non-profits. Using blockchain technology and cryptocurrencies, BitGive has addressed all those bottlenecks that restrict organizations/individuals to engage in philanthropic activities.

In short, BitGive is driving in change, accountability, and effectiveness in the whole sector and is making more impact on the ground with every dollar spent.