ICON blockchain aims to hyper-connect the world of blockchain by providing a bridge between different blockchain. The fuel of the system is ICX tokens.

These tokens were ERC20 tokens which were swapped into mainnet tokens of ICX when the blockchain went live in 2018. Since then many people like you have been searching for reliable ICON wallets.

Ledger Nano X is slowly becoming the go-to hardware wallet for many crypto users around the world. And why not also when it has such cutting-edge features.

Moreover, there is a track record of a successful development team and community behind Ledger Nano X, which is Ledger SAS-a France based start-up operating in this space since 2015.

Ledger Nano X is a batteried device that can last upto 5 hours upon a single charge. It has a Bluetooth feature using which you can connect wirelessly to iOS & Android devices.

Being a non-custodial wallet that gives you the seed of your funds it allows you to store 1000+ cryptocurrencies including the ICX coins.

PS: Always buy Ledger Nano X from this official website, purchases made through other sources such as Amazon has been reported faulty resulting in the compromising of users funds.

If you want the long-term safety of your ICON currency, you shouldn’t think twice about getting a hardware wallet. And if you’re going to store more coins including ICX, what’s better than Ledger Nano X– a future-ready crypto hardware wallet.

Unless you have been living under the rock, you must have heard of Ledger Nano S atleast once. But anyway, for starters, this is a product of the same Ledger SAS company which has built Ledger Nano X.

It is just that, Nano S has fewer features and a bit edgy design. But it does the job of securing your crypto assets at low cost. It is also less mobile compared to Nano X as it lacks Bluetooth.

iOS users cannot use Ledger Nano S, but Android users can surely connect their devices with an OTG. But that’s cumbersome to some I believe.

PS: Always buy Ledger Nano S from this official website, purchases made through other sources such as Amazon has been reported faulty resulting in compromising of users funds.

If you are low on your budget, consider getting a Ledger Nano S because it offers the same security features as Ledger Nano X.

CoolWallet S is for cool people.

It is another secure and reliable hardware wallet for storing ICON cryptocurrency. CoolWallet S started supporting ICX in 2018, and many users have come to appreciate CoolWallet S products.

Again it is a hardware wallet, but it is on the lighter side of things. If you don’t like bulky hardware wallets like flash drives, CoolWallet S is for you because it is like a debit/credit card.

It comes with a battery that can last upto few hours upon 2 hours of charging and it gets easily paired up with mobile devices as it is Bluetooth enabled. ICONex is the official wallet for ICON cryptocurrency (ICX).

Though it is a multicurrency wallet, its main focus is on ICX, and the good thing is, it is a lightweight wallet. ICONex is available in the web version and iOS/Android version.

I have used this wallet once for my ICON currency, and I must say, the UI is straightforward and easy to use. Moreover, it is self-hosted where you can export the private keys or password of your wallet to keep a convenient backup. Trust wallet is purely a mobile wallet that is capable of storing 50+ cryptocurrencies, including ICON (ICX).

Trust wallet was born in 2017 and in 2018 got acquired by Binance to become their official wallet. The tech team behind the wallet is strong and knows how to make the best crypto mobile wallets.

I have moved away from other mobile wallets since 2018 after getting to know about the Trust wallet. But as of now, I am not using Trust to store my ICX coins.

But anyone, who has a little amount of ICX and wants to store it on a non-custodial mobile wallet, Trust wallet is the way to go.

As of now, the Trust wallet is available for iOS & Android devices.

How To Create Icon (ICX) Wallet?

Now, I think you have understood how to create an ICON wallet.

But two-cent advice from me, we know that hardware wallets are the best. We know that one must not keep their crypto on exchanges, but still, we make these mistakes again & again.

Lastly, Icon (ICX) is now trading in the top 100 cryptocurrencies, and given the fact; it has a dedicated blockchain, so the chances are that it raises in the top 20 or 30 coins. 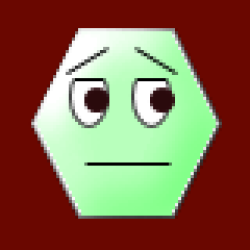