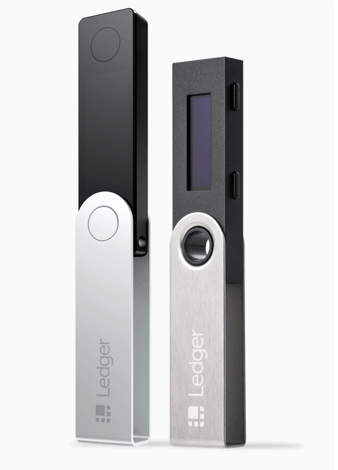 ShareTweet
Early Black Friday Deals Are Here: I know you are here to read something else but I feel obliged to tell you about the HEAVY discount on Ledger Nano X & Ledger Nano S, just in case you are thinking to buy one.

If YES, it is the right time to BUY.

If NOT, you are welcome to skip and continue your reading 🙂

It looks like you have decided to buy a hardware wallet.

But it seems that there is tussle going in your head which one to pick: Ledger Nano X or S !!

The tussle becomes all the more impressive because you are comparing two devices of the same brand, i.e., Ledger SAS- a pioneer hardware wallet manufacturer from France that is making hardware wallets since 2014.

At TheMoneyMongers we understand this and work relentlessly to give you the facts so that you can decide it for yourself.

This time also we have done the hard work to help you decide between Ledger Nano X and Ledger Nano S. In this guide, we will compare both these hardware devices based on the following 8 criterions:

Let’s get to business then:

Ledger Nano S and Ledger Nano X both are hardware wallet devices by the same company, Ledger SAS. Ledger SAS is based out of Paris, France, and is providing digital asset security products since 2014.

Ledger Nano S is the precursor of the Ledger Nano X and so far has been the best product for the company. The company revealed last year that they were able to sell 1 million pieces of Ledger Nano S.

Surely there are quite a few notable differences between both the products and the company seems to have a different vision for both of them.

That’s why it is vital for you to know about both before buying one for yourself and that’s what we are helping you in this article.

Stick around as we explore the security side of both devices.

The security of your funds will be as good as hardware, and these hardware wallets use special-purpose chips to secure the private keys of your funds.

So as long as the hardware chips can secure your private keys, your funds are safe. Also, anything that is open-source is generally believed to be more reliable and peer-reviewed.

But in the case of Ledger, both the devices are closed sourced.

However, this doesn’t mean you should not use Ledger devices, but it is a point to be aware of. On the other hand, the architecture used by both wallets is the same, but the chips used are different. 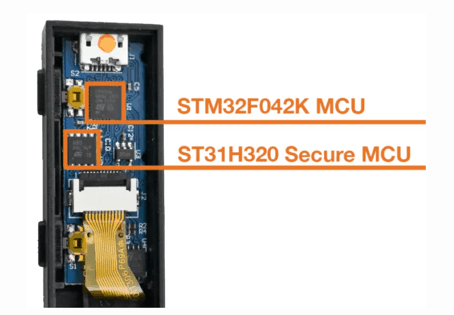 Ledger Nano S used two chips known as the SE MCU (Secure element) and another general-purpose MCU. SE MCU is responsible for handling your private keys or seed and is extremely difficult to hack. The other MCU is an abstraction layer accountable for facilitating interaction between your desktop/smartphone and the SE MCU.

A similar ditto architecture is in place for Ledger Nano X, but the chips used in it are of higher capabilities. A new state-of-the-art Secure Element (ST33J2M0) chip and a dual-core MCUs (STM32WB55) with wireless (Bluetooth) as well as USB support is used in Ledger Nano X.

I got my Ledger Nano X a few days back, and I have made only a few transactions with it. Whereas I am using Ledger Nano S from almost two years now. 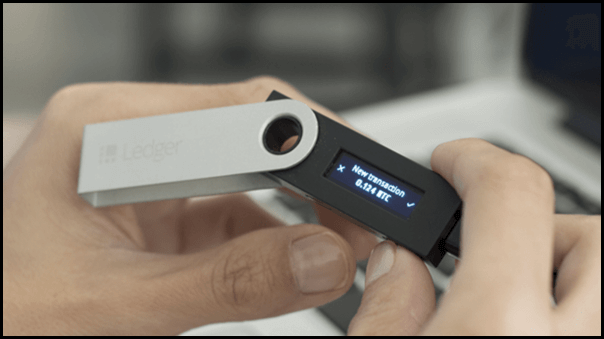 Though Ledger Nano S is a stylish flash drive like device its OLED screen is small and itchy to use. It has two buttons at the side to help you navigate the menu and select options shown on the device which does a fine job but surely can be better. 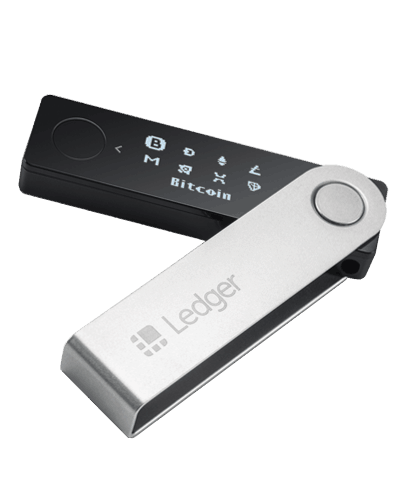 Ledger Nano X’s design is rad, and I like it more.

The OLED screen is almost twice of the Nano S, and the bulging buttons find the best place in front of the device, which increases the user experience. At first, look it might appear it is a touch device, but it is not. 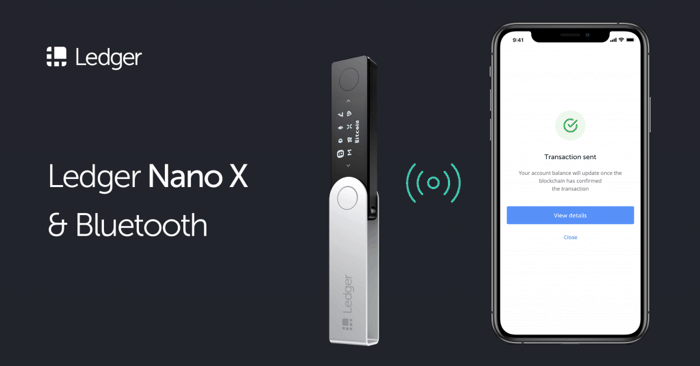 Mobility is another factor to compare when talking about hardware wallets, and I must say Ledger Nano X is way ahead of Nano S when compared for mobility.

That’s because Ledger Nano X’s main USP itself is to support features that encourage mobility. For example, Ledger Nano X is the first popular hardware wallet with Bluetooth, and it supports both iOS and Android mobiles.

Whereas Ledger Nano S doesn’t have Bluetooth, but you can use it with Android devices with your 2.0 USB cable. Also, Nano X has a 100 mAh battery which can last upto several hours and has a long life of 5 years. That’s why Nano X seems to be more fitting for users who want to use their device on-the-go on their smartphones.

Next, we will compare both these devices based on the number of coins and there too Ledger Nano X seems to be winning. 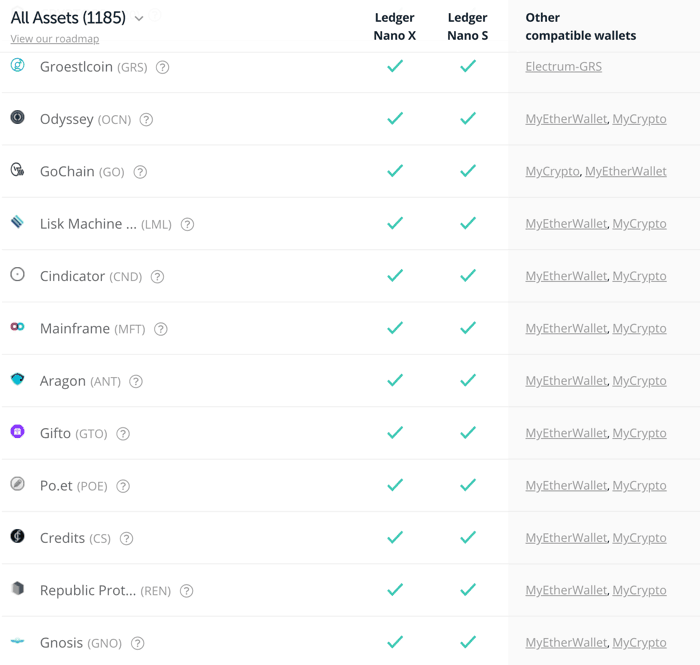 Whereas Ledger Nano X, on the other hand, can support 100 cryptocurrency app at a time on its hardware device. It has a space of 2 MB on it which makes it one of the maxima in the hardware wallet world.

With that regard, both Ledger Nano S and X can be used to store 1100+ cryptocurrencies because both of them are multi-currency wallets using the same software architecture of Ledger Live app.

Ledger Nano S vs Ledger Nano X: Based On Compatibility With Other Softwares

When you compare Ledger Nano S and Ledger Nano X based on their software compatibilities the difference is not much, but whatever small difference they have has a significant impact on the user experience and mobility.

For example, Ledger Nano S is compatible with 64-bits desktop computer (Windows 8+, macOS 10.8+, Linux) excluding ARM processors and it is also compatible with Android 7+ smartphones, with an OTG kit. But a thing to note here is that it is not compatible with iOS devices.

Whereas Ledger Nano X is compatible with  64-bits desktop computer (Windows 8+, macOS 10.8+, Linux) excluding ARM processors and also compatible with smartphones (iOS 9+ or Android 7+) with OTG and Bluetooth both.

When we speak of third-party apps like MyCrypto Wallet, MyEtherWallet, Electrum wallets, etc. both the hardware device stands equal in terms of compatibility. 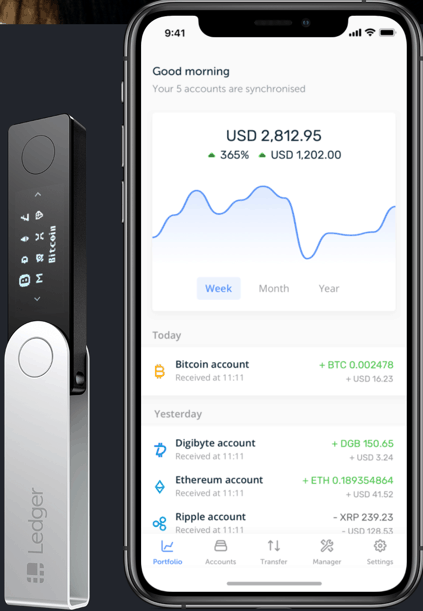 The native app is the interface that you see on your smartphone or desktop. In this case, it is the Ledger Live app, which helps you use the hardware devices by providing your intuitive UI.

In this case, the native app of both the hardware devices is the same, i.e., Ledger Live app. So there will be no difference when you are using either of the wallets.

And I must say, Ledger Live app is one of the smoothest, lightest, and swift interfaces I have seen so far for any crypto hardware wallet.

The initial setup process of both the hardware device is identical.

For Ledger Nano S & X you need to:

Note: You need not install the firmware on Ledger Nano S or X while initializing them for the first time. However, it recommended that you keep updating your firmware through the option provided in the Ledger Live app as and when the update is available !! Also, when you are doing the setup having a wireless communication with the device gives a better user experience, so Ledger Nano X seems to be winning on those grounds.

Based On Value For Money: Nano S vs Nano X

These are the price tags of both the hardware devices and Nano X is twice the price of S. I have already spoken a lot about their features and limitations so I will not talk again.

But both these devices provide value for money. If you are short in budget and don’t aim to use a lot of currencies at a time, you might opt for Ledger Nano S.

But if you are someone who wants a future-ready device and will be using several currencies on the hardware device, you should go for Ledger Nano X.

Also, if you want a high degree of mobility and smooth user experience you should go for Ledger Nano X because in future the experience only going to be smoother.

So these were my parting thoughts, and I hope after reading this you must have got clarity on, Ledger Nano S Vs. Ledger Nano X: Which One To Choose?

However, I still want to clarify that if you want something future-ready and if you are here for the long term, go for Ledger Nano X because I anticipate Ledger Nano S will be discontinued by Ledger SAS sometime in the future. And once that is done, you can expect any support from Ledger SAS for your old device.

Lastly, Ledger Nano X is conceived by Ledger SAS after launching Ledger Nano S and Ledger Blue, so it looks like they have merged their wisdom of both precursors. That’s why I expect Ledger Nano X to do better and the previous two versions of hardware wallets by Ledger.

Now you tell us: What do you think about Nano S or Nano X? Which one are you going to buy? Do tell us what do you choose in the comments section below; I will be waiting 🙂