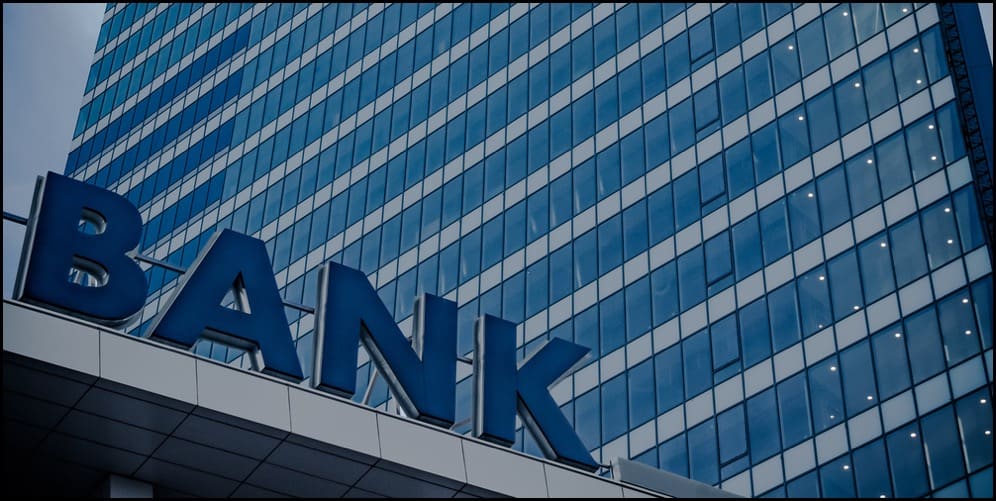 If not then you should because that’s the whole point of writing this article today.

And believe me, I am not kidding as this could be one of the most important truths you could learn about Banks & Bitcoin.

Let me be honest with you.

And I know many of you might not agree with me or understand the context of it but bear with me because I am going to reveal why it is so:

They make money from lending money to other people which you have deposited, and most of the time they create credit (money) to give.

This credit money making scheme is called fractional reserve lending and believe me this the world’s biggest Ponzi scheme which is legitimized everywhere in the world.

Wikipedia defines it as follows:

Fractional-reserve banking is the practice whereby a bank accepts deposits, makes loans or investments, but is required to hold reserves equal to only a fraction of its deposit liabilities.[1] Reserves are held as currency in the bank, or as balances in the bank’s accounts at the central bank. Fractional-reserve banking is the current form of banking practiced in most countries worldwide.

It means the money banks lend to us never exists in first place and is only created out of thin air when we demand it.

This is the part where it gets interesting because how cool of a business it is for the banks to charge an interest rate on the money that never existed on it the first place !!

If you and I do this, we would be thought criminals.

As this is the only tip of the iceberg, but a discussion beyond this is actually out of our scope for today’s article.

Fractional reserve lending is all where it starts getting bad for people like you and me who work hard every day to earn these pieces of paper or national currencies (USD, GBP, EUR).

This is what led to the 2008 financial crisis, and this is what will create the next global economic crisis too.

I know this is disturbing especially for people who don’t yet know about this!!

But don’t worry. There is a solution.

Bitcoin is the solution.

I know many of you might say No No, it’s not for various reasons!!

But stick around and listen to me first:

If you examine the conditions in which Bitcoin came to existent, you might be able to connect the dots.

Bitcoin’s first block had this message on it for the traditional banks: 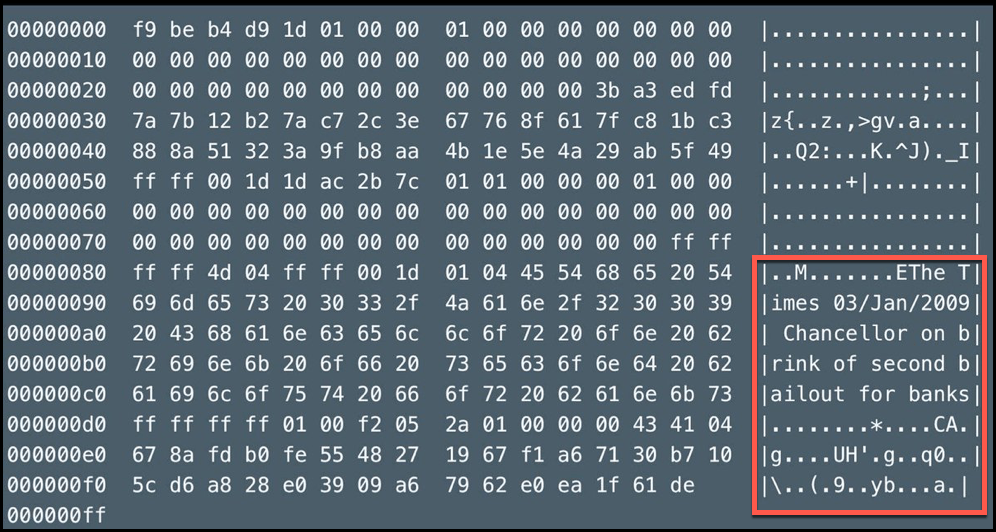 Satoshi mentioned the bailout of 2009 which basically means an act of giving financial assistance to a failing business or economy to save it from collapse.

But who gave this financial assistance?

It is the people like you and me who deposit money in the banking system and pay taxes.

The money given to financial institution was created as credit which is backed by future taxes of the people residing in the country. (In 2008-2009 it means the US citizens and taxpayers)

But these practices are not unique to the US as it has happened with many other countries too and might happen again if you don’t do anything right now!!

The solution is to embrace Bitcoin and similar sound form of money.

Bitcoin has a monetary policy built into it which is democratic and resilient to change. That’s why there will never be more than 21 million bitcoins.

Well, in short everything will happen from that one seemingly small thing.

When you have hard money which can never be printed or created by a centralized government or party, it means its purchasing power or value is always going increase. (provided there is demand for that kind of money)

Now ask yourself this:

And that will happen when your money buys more stuff then it used to last year, and that’s what is called the increase in purchasing power.

We should think about increasing the awareness for such kind of hard money so that there is enough demand for it.

Having said that brings me to my main revelation of why banks hate Bitcoin?

Well, it is because of the same properties of Bitcoin that I shared with you just know.

What does Bitcoin mean for banks?

In essence, it is a kind of secret slavery by banks.

All these certain possibilities that will emerge out of the markets if BTC comes mainstream and that’s the reason banks see bitcoin as a threat to themselves.

But believe me, bitcoin impact on banks and even the world will be beyond our imagination.

It is so because the kind of reassurance and certainty that sound money like Bitcoin brings, results in a more productive society.

If you go back and see, most of the inventions like the car or the airplane that we use today came to existence in the 19th century or early 19th century when the humanity was under the gold standard.

Just like Bitcoin, Gold cannot be printed or easily created and thus sound money like Gold engineered the human spirits to innovate and experiment more without worrying about inflation or bank bailouts.

I have 100s of examples like this where sound money created wealth and prosperity for human beings and 1000s of example where easy/soft money (paper currencies) robbed away that prosperity.

Now, I hope you know why banks hate bitcoin !!

So go ahead and share this piece of knowledge with your friends and family who don’t know yet about this truth. Thereby creating the demand for the real hard money principles to liberate humanity.

If you liked this article, then do share it with your friends and family 🙂