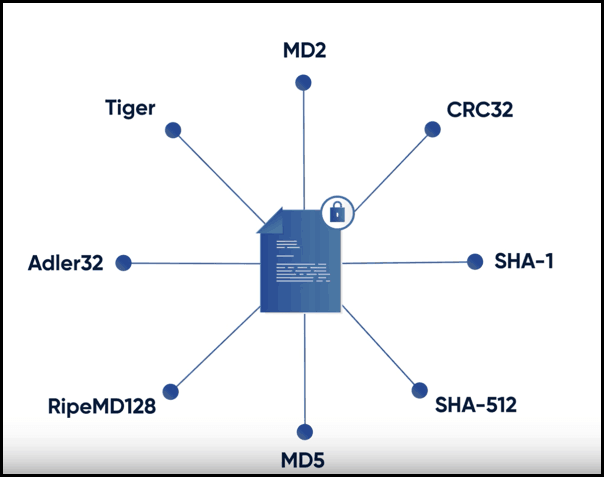 If you are into Bitcoin or cryptocurrencies, you often must have heard terms such as ‘cryptographic algorithms’ or ‘hash functions’ or ‘Bitcoin hash.’

Have you ever wondered what they are?

But if you were to take my opinion, I would recommend you know about these terms even if just from a high level because then you would be able to appreciate Bitcoin & cryptocurrencies even more.

And it is always good to know a thing or two about the underlying workings of Bitcoin so that you able to use it and explain it to anyone when a need arises.

That’s why to aid you to build on it; we will talk in this article about ‘Bitcoin hashing’ and its significance in the Bitcoin’s blockchain.

But before explaining that, let me tell you, the hashing concept is so important so that it is right to say, Bitcoin won’t be the Bitcoin we know today if it weren’t for hashing algorithms.

So dive in with me:

What Is A Hash Function & Bitcoin Hashing?

A hashing function is simply a mathematical function that can take any form of data or any size (numbers, alphabets, media files) and produce a fixed-length output for that particular input.

And this output or digest of the hashing function is called Hash.

This hash is usually an alphanumeric string which in other terms is a cryptographic by-product of the hashing function being used.

Don’t be surprised because we use these functions all day and all the time.

When you log in using your password, the function runs through your password (input) and matches the hash (output) with the previously stored hash. This way the attacker cannot guess or find the password even if the database of hashes is compromised.

Such usage ensures that it is not possible to generate the input even if the output is known. Another characteristic of one-way functions is that if you slightly change the input, the output is completely changed.

A simple analogy of this would be ‘our figure prints’ as it is easy to do fingerprints but not feasible to produce the figures from which the prints were made or if you change the fingers the fingerprints will completely change.

This is how hashes are used.

In Bitcoin’s blockchain hashes are much more significant and are much more complicated because it uses one-way hash functions like SHA-256 which are very difficult to break.

What Is Bitcoin Hash? The US National Security Agency (NSA) developed the SHA-256 hashing algorithm in 2001 which is the primary hash function used by Bitcoin’s blockchain.

This particular hash function is used because of these properties:

Bitcoin is simply a digital ledger of hashes that utilizes proof of work combined with SHA-256 to obtain mathematical traceability and unbreakability.

The process through which this is ensured is called Bitcoin mining that utilizes Bitcoin hashes generated through SHA-256 function at various steps of mining.

While mining the miners needs to hash the block header in such a way that it is always equal or less than the ‘Target hash’ because only then they can add successfully add their mined block to the blockchain.

The target at the time writing should be an alphanumeric number which must have 18 or more zeros and should be less than the target value. And the target changes every 2016 blocks.

Miners arrive at this hash by applying SHA-256 hash function to block header, but this process is not so simple as it looks. To obtain the acceptable hash, miners need to play with the ‘nonce‘ in an incremental way.

Since this is a hit and miss exercise chances are very less that one might obtain the required hash (Target) with a particular number of leading zeros without making many attempts. And this Target is what is called a valid ‘Bitcoin Hash.’

That’s why miners repeat this mathematical guessing work numerous times that too with a rapid speed because they are always in competition with other miners and their mining equipment.

And this requires an enormous amount of computational power and sophisticated hardware equipment which makes it energy as well cost-intensive process. And this is what is called ‘proof of work.’

Later, when a miner finds out the required kind of hash, he/she will be able to add the block to the blockchain and hence win the lottery or block reward of 12.5 BTC. I know what you are thinking?

Well, let me tell you, it is not so easy.

Bitcoin mining currently is a very costly and energy-intensive process for which you will first need to make a hefty up-front investment in procuring electricity and mining hardware.

Post which you will need to teach yourself how to join mining pools and learn how to optimize your equipment for the maximum hash rate.

And believe me, this is not at all easy !! Lastly, if you choose to mine some other cryptocurrency than Bitcoin, then you will need to learn about different cryptocurrency hashing algorithms such as Scrypt, Blake-256, HEFTY1, Quark, SHA-3, Ethash, or CryptoNight, etc. which is another niche in itself because it will again require different hardware.

So that’s why untill you figure out all these to become a miner, keep learning about the Bitcoin revolution with The Money Mongers and keep acquiring bitcoins through your current profession !!

Find this article informative? Share it with your friends who don’t know yet about Bitcoin mining & Bitcoin hashes !!