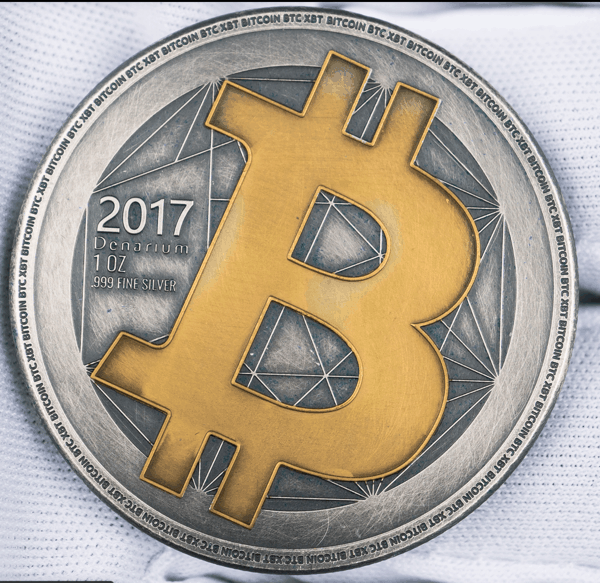 When you tell people to buy Bitcoin, they often ask:

And if you are reading this article, chances are you are one of them (!). Nothing wrong about it, you should have questions as no question is silly.

But let me clear one thing, Bitcoin is a virtual asset, and there is no physical Bitcoin which you can touch or feel. That’s the reason it is called digital currency and also the official currency of the internet.

Bitcoin is just, numbers in a computer algorithm. It is a digital asset with 0s & 1s. If you want to have a look and feel of the first 50 BTC which were generated by Satoshi Nakamoto, here it is: So this how the anatomy o first Bitcoin’s block and transaction looked. And a thing to note here is that there are no transactions in Block #1 expect the Genesis transaction that sends 50 BTC to this address (1A1zP1eP5QGefi2DMPTfTL5SLmv7DivfNa) So in short Bitcoin is just a system of numbers which is managed through Bitcoin UTXOs- which keeps track of spent and unspent outputs. The idea here is simply that the UTXOs of spent & unspent should always reconcile keeping the ledger entries fair for everyone using the blockchain.

Now that I have given you the example of first Bitcoin transaction and how first 50 bitcoins on the blockchain looked like let me tell you there are physical bitcoins.

These coins are called Casascius Coins which are made of solid brass and are capable of holding your private keys and public keys.

Here is the first look of a Casascius Coin: Some investors also have a miss conception that there are hard steel keys for Bitcoin, but it is not like. The private keys of Bitcoin are also an alphanumeric string of various formats as I have listed above.

Similarly, public keys or public address of Bitcoin is also an alphanumeric string which encodes the logic for spending the coins present on it.

After knowing, Bitcoin is a digital asset; the critical thing is how it is identifiable on digital devices like a desktop computer or mobile device. On a computer screen or mobile, Bitcoin appears just like arithmetic numbers like 1 BTC, 1.5 BTC, etc. And once BTC is divisible upto 10^8 decimal places also known as the smallest unit of Bitcoin, i.e. Satoshi.

Bitcoin is hard to understand and visualize because it is digital. It has no physical existence, but from the common trend, Bitcoin’s birth was due because we are living in a digital age.

Bitcoin is unlike the fiat paper money which you can touch, but there is much more fiat money, which is just digital. It is only present in bank computers as 0s and 1s, and yet we believe in it.

Similarly, we should believe in Bitcoin too but of course, after questioning it enough and by understanding its significance in the market.