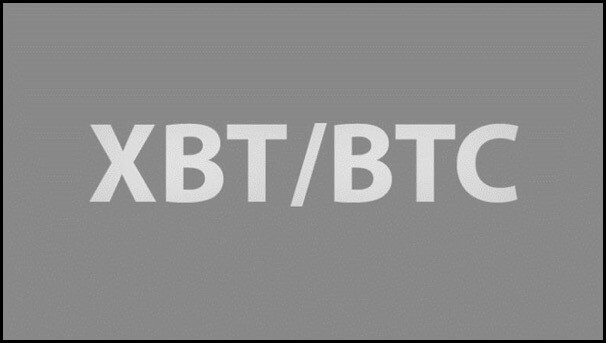 Spoiler: Not to get confused as XBT is the symbol of Bitcoin only, but BTC too is !!

But in this case, the whole story of the Bitcoin currency code is important and not only the spoiler.

That’s why here at TheMoneyMongers we do everything to tell you about the soundest money anyone has seen so far, i.e., Bitcoin.

Well, we need to understand that Bitcoin is open source and decentralized making it non-sovereign money. Meaning, it is not backed or produced by any particular country.

That’s why no nationality is attached to it, and hence there is no particular standard to decide what symbol should be used for Bitcoin.

And one of these challenges is, how to name it?

It is like the case of a popular dish which known by a name ‘X’ in a particular country, but in another country, it is named as ‘Y.’ Of course, the happens naturally because of the difference in languages as well as due to the absence of a standard process to name a certain thing.

But Bitcoin is not a food item or dish !!

Of course, it is not but is something which very commonly accessible everywhere just like water or wheat, and that’s why different people call it by different names.

Even interestingly, Satoshi Nakamoto himself didn’t give any symbol to Bitcoin, and he only used the word Bitcoin twice in his whitepaper too because he understood that it’s not the name or symbol that is important but the concept.

I also believe that he did this purposely so that Bitcoin can be a truly decentralized currency over which nobody even has the right to name or label it.

Anyways, but as of now, Bitcoin is denoted as BTC & XBT both in the market. BTC is the acronym for Bitcoin which naturally got picked up by the community.

Initially, it was BC, but later when Bitcoin exchanges started popping up the term BTC became quite popular, and untill now BTC is the predominately used abbreviation since the early days of Bitcoin.

But some market players also use the term XBT.

So let us see why?

In 2013 Bloomberg terminal started using the symbol XBT for Bitcoin and it from then on it started to come into use. And that’s a legitimate abbreviation too.

Now, you must be thinking from where Bhutan came to the picture?

Well, according to ISO 4217 which maintains a list of internationally recognized currencies, the first two characters of the ISO acronym should start with the country code, and the 3rd character should be the first letter of the currency itself.

And when we go about to name Bitcoin (BTC) in this fashion, its name collides with BTN -Bhutan’s currency which is (Bhutanese Ngultrum).

Furthermore, for non-sovereign currencies, the ISO 4217 dictates that they should begin with an ‘X’ for example, as Gold (XAU) and Silver (XAG),

That’s why Bitcoin is being denoted as ‘XBT’

However, this symbol is not officially recognized by ISO, but it is still being used unofficially as XBT

That’s the reason behind XBT term started catching up.

Here is a snapshot of a popular exchange using XBT symbol: Is XBT the same as BTC?

The only reason for the confusion is because some exchanges are using the term XBT while the majority of them are using BTC because that’s more popular.

Also, some get confused between XBT and XRP so for those let me clarify that these both are different cryptocurrencies. XRP denotes Ripple whereas XBT denotes Bitcoin.

So don’t get confused or scammed due to the nomenclature.

What is XBT Crypto?

A couple of exchanges that I know of using XBT are: If you ask me which acronym of Bitcoin I like more?

I would say definitely, BTC because that sounds more relatable to Bitcoin and it is being used predominately also despite XBT’s introduction.

After all, BTC sounds better, looks better, and even tastes better !!

But I also like this confusion of nomenclature because this shows the power of Bitcoin that there is absolutely no one controlling it.

However, I don’t mean that I don’t want a standard nomenclature for it, but so far the acronym BTC seems to be winning all the battles unconcerned of any ISO’s permission.

So that’s all from us in the article on ‘What is XBT?’ We hope that we have enlightened you a bit on Bitcoin’s naming conventions.

Now you tell us: Which name do you like, BTC or XBT? Let us hear your thoughts in the comments below.

If you liked this article? DO share it with your friend & help them too, know about Bitcoin’s symbols?