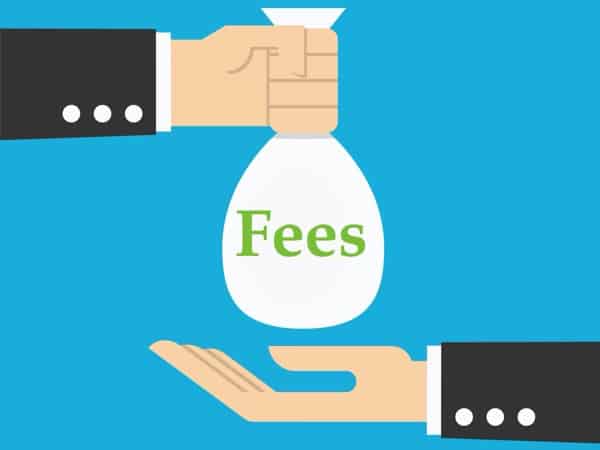 Often people mistake that by using Bitcoin they can transfer money to anyone and anywhere in the world free of cost !!

But there is no free lunch anywhere nowadays.

However, the free of cost thing was true in earlier days of Bitcoin, but nowadays you need to pay a couple of bucks extra to send money from one place to another via Bitcoin.

This is because the Bitcoin network takes a fee called Bitcoin transaction fees for processing transactions.

And this fee goes to Bitcoin miners who provide the service of mining and confirming transactions on the Bitcoin’s network. This might not be an alien concept for you if you have read my earlier Beginner’s Guide On Bitcoin Mining.

But what’s new in this?

But why that happened?

Well, to understand that we first need to know how Bitcoin transaction fees are decided?

How Are Bitcoin Transaction Fees Calculated?

A Bitcoin block can only accommodate transactions worth of 1 MB per 10 minutes, and that’s why each byte on this 1 MB block is a premium place to be.

When you transact, your Bitcoin transaction competes in the free market for a place in the 1 MB block, and since Bitcoin is a decentralized organism, no one decides the fees except the market forces.

And by market forces, I mean users like you and me who decides Bitcoin transaction fees freely.

But just like the users, Bitcoin miners are also part of the market forces, and they too are free to choose which transactions to include when based on the transaction fees attached to them.

But this freedom quickly turns out to be a disadvantage also because we have limited space on a Bitcoin block. On an average, a Bitcoin transaction is 400 byte in size, which means a 1 MB block can only accommodate 2500 transactions.

Now, as a Bitcoin user anyone would want to pay as much as a low fee for their transaction while on the other hand, a miner will want as much as a high fee to maximize their profits by earning higher block mining fees.

Miners can earn more and maximize their profits in two ways:

And out of these two ways, finding more blocks is an energy intensive and tedious process. Thus it makes sense for miners to include those transactions first in a block that pays more transaction fees and this is relatively easier.

This way of free market operation naturally forces Bitcoin users who have a high time preference to transact bitcoins with higher transaction fees attached to it thereby pushing the average fees higher in a free market.

Right now, the average Bitcoin block size is 1.1 MB (thanks to Segwit), and the network is processing 350,000+ transactions every day.

Also, the 1.1 MB blocks are not filled in the present state, and that’s why you will see that the Bitcoin transaction fees are more reasonable and have fallen to its 4-year all-time lows.

This is even being reflected in the recent 50 largest Bitcoin transactions where users are paying less than a dollar to move millions of dollars over the Bitcoin’s blockchain.

And at the time of writing, as per BitcoinFees.com, the fastest and cheapest transaction fee is currently 14 satoshis/byte that’s why for a median transaction size of 226 bytes, you will be required to pay a fee of 3,164 Satoshis.

Using this Satoshi to USD converter, you will be able to find that at current level 3164 Satoshis is mere $ 0.15, which I think is very much affordable for anyone who is even transacting $10.

And nowadays, because of Bitcoin fee calculators, it is even easier to find out, how much fees one should pay for successfully transacting in BTC?

I use BitcoinFees.com before transacting in BTC as my fee estimator, and according to it these are the stats: 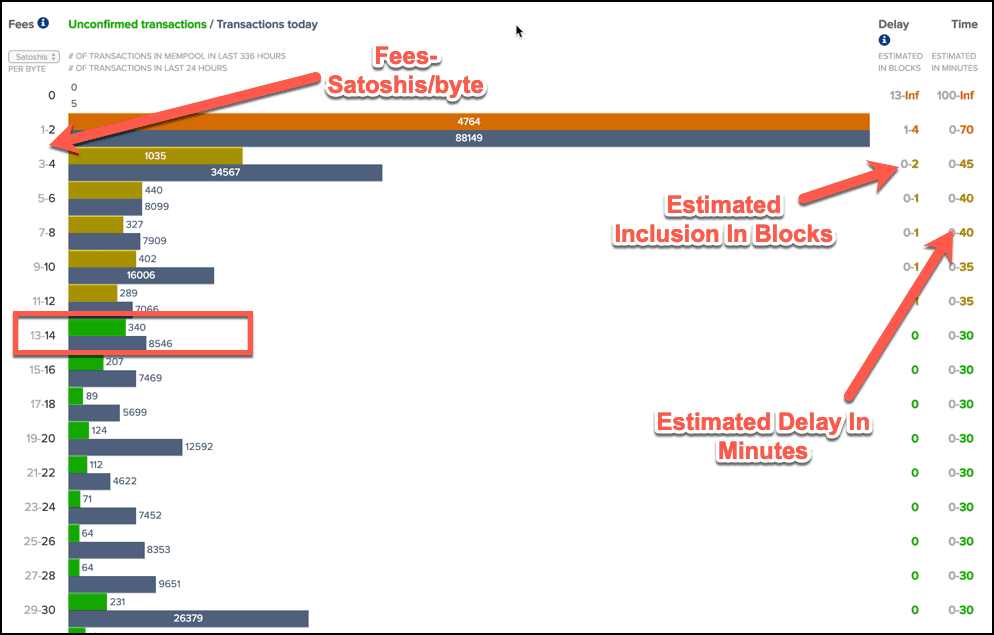 And as per the current state, 13-14 Satoshis/byte will give you the most optimum experience with minimum transaction fee spent. Also, with these fees, your transaction will get included almost instantly in the next block.

And according to the above-shown chart, if you are not in a hurry, you can put even lower fees than the recommended one, and this would be around 5 Satoshis/byte where you may be required to wait for 2 or 3 blocks.

This minimum transaction fee should be more than the minimum relay fee.

What Is Minimum Relay Fee In Bitcoin?

Now, that you know about the minimum transaction fee and minimum relay fee, most of you would like to compare Bitcoin transaction fees with Ethereum fee & Bitcoin cash fees.

That’s why I am taking a benchmark of 100-200 USD transferred over these three blockchains to arrive at this comparison matrix: 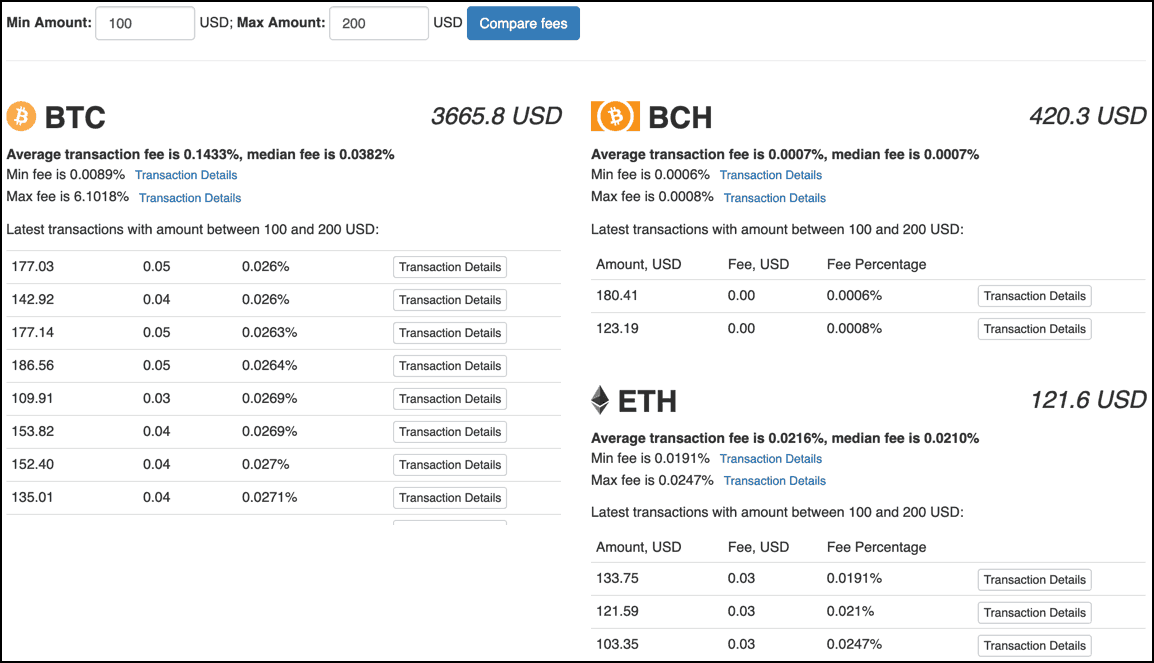 So, with respect to this matrix, you will be able to find that transacting the same range of the amount is costliest on Ethereum blockchain than Bitcoin and Bitcoin Cash blockchain.

How To Earn Bitcoin Transaction Fees?

Now, I know many of you might be thinking to earn this Bitcoin transaction fees but let me tell you that it is not an easy task as for this you need to engage in the energy and cost-intensive process of Bitcoin mining.

So untill you procure all those resources to mine Bitcoin, I recommend you to save some Bitcoin transaction fees by correctly estimating your fees before transacting in BTC.

And this guide will help you do that provided you have understood the concept of Bitcoin fees well.

So using the estimation techniques described above you can easily save some Bitcoin fees but there are more easier to adopt methods that can help you save some more fees and they are:

Lastly, I think now you know, what to do when Bitcoin transaction fee is too high !!