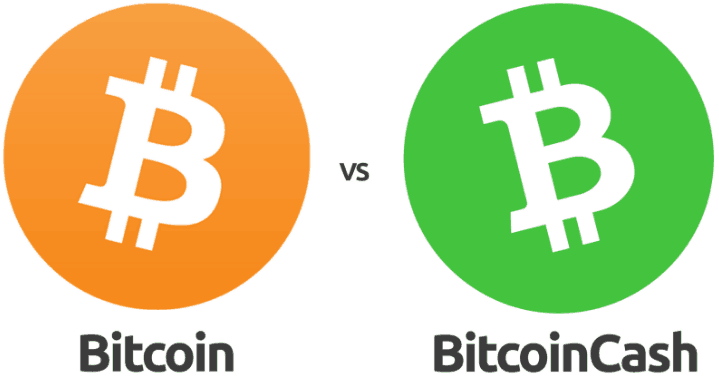 Earlier this week I was in a local crypto meet-up where someone hit me up and asked this:

It took a moment to figure out what this person was asking and eventually realized that the person asking:

Of course, without any hesitation, I said go for Bitcoin (will tell you later, why I did so) and I came home.

This small conversation made me think deeply, and I could understand how confused the majority of people in cryptosphere might be because you have 10+ versions of Bitcoin.

Moreover, lack of due diligence and misleading mass media campaigns around BTC and BCH make the matter worse.

That’s why today I got inspired to write on this topic of Bitcoin Cash vs. Bitcoin so that investors can discern the differences between BTC and BCH.

Wait a minute, if you are Bitcoin Cash fan don’t just start throwing stones and stakes at me.

If you are a curious person, who is sincerely looking for an answer to, Should You (I) invest in Bitcoin or Bitcoin Cash?

Bitcoin Cash was born on 1st August 2017 when a long-standing debate on scaling Bitcoin’s blockchain by increasing the block size failed.

This led to the supporters of bigger blocks fork the Bitcoin’s chain and went on to make a new chain with bigger blocks which came to be known as Bitcoin Cash by the cryptosphere.

However, the supporters of biggers blocks, i.e. BCH has several times tried to hijack the name ‘Bitcoin’ by calling Bitcoin as ‘Bitcoin Core,’ but so far they haven’t been successful.

In a free market like crypto, anyone can fork a public chain and make whatever change one wants to do. Of course, the final judge is the market and market has chosen the old chain of Bitcoin with 1 MB block size.

That’s why it makes sense in having Bitcoin first in your portfolio rather than Bitcoin Cash.

Furthermore, it is 2019, and all sorts of problems have cropped up with Bitcoin Cash and its supporting camp. We will get into that in a second but before, let me tell the uninitiated briefly about Bitcoin and Bitcoin Cash.

What Is BCH vs. BTC?

BTC is the ticker for Bitcoin. The original Bitcoin which Satoshi Nakamoto invested in 2009.

Bitcoin’s chain is right now supported and maintained by several independent developers who have come up with Segwit.

Segwit is an alternative to bigger blocks for now and has proven to be decent scaling solution opening doors for further innovations like Schnorr signatures, MAST, Taproot & Graftroot.

BCH is the ticker for Bitcoin Cash chain which was formed in August 2017 and still exists with bigger blocks.

Enough time has passed post this fork, and it is safe to say, it was an attempt to hijack and censor Bitcoin.

Spearheading this attempt were some of the influential miners, investors, and developers led by Roger Ver and Craig Wright (person who has failed to prove time and again that he is the real Satoshi)

In a nutshell, this what is it.

On the hindsight, I can say betting on Bitcoin was a much better deal for me.

Since the day of Bitcoin Cash’s fork, I knew it would never be able to overtake Bitcoin in terms of hashrate. Hashrate is one of the critical factors for proof of work blockchains to stay relevant.

That’s why in 2017 only I had sold my Bitcoin Cash for more Bitcoin which I had got during the fork, and now it is clear as day that Bitcoin’s hashrate is higher in several orders of magnitude than Bitcoin Cash.

Bitcoin’s hash rate is 25-30 times more than Bitcoin Cash, and soon, it is only likely to increase with the upcoming Bitcoin halving.

Furthermore, if you compare blocks mined by mining pools in that too Bitcoin’s mining pool looks more distributed than Bitcoin Cash.

You asked for it, and we have it for you.

If you pay close attention to the first graph, you will see Bitcoin SV in it.

Bitcoin SV is the new fork which came out of Bitcoin Cash- the already forked chain. This I think is enough for you understand how messed-up Bitcoin Cash camp is.

Bitcoin Cash couldn’t even sustain for a half-decade and differences emerged in theirs. This led to another forking which resulted in Bitcoin Cash (aka BCH ABC) and Bitcoin SV (aka Satoshi’s Vision).

This time Roger Ver and Craig Wright only went against each other to make these shitcoins.

Oh, by shitcoin, I remembered one more strong reason for why you should invest in Bitcoin and not Bitcoin Cash!!

All these 2000+ coins you see on the CoinMarketCap including BCH, & BSV trade against BTC, which is the de-facto base currency of the cryptosphere, much like USD is in the fiat world.

Everything trades against BTC and naturally gets valued/devalued against BTC.

So why the hell one would want something else than BTC.

Untill and unless someone has any other requirement than investments, I don’t see any reason for owning BCH or BSV which are continuously dropping in value against BTC.

What To Do Now: Should Your (I) Buy Bitcoin or Bitcoin Cash?

This should be a question anymore, and you should go to stack some Satoshi in your portfolio.

I have already, give you the linked list of places from where you can do so but from wherever you buy your Bitcoin, don’t do this:

Never keep your BTC for the long term on websites where you purchased them!!

If you do this, there are high chances you will one day lose them all. Bitcoin exchange hacks have been happening from the early days of Bitcoin, and it will keep happening.

That’s it is always good to rely on crypto hardware wallets if you want to store your bitcoins for the long term. Don’t know yet about them, check it out here.

Alright then. That’s it from us today and see you tomorrow again 🙂