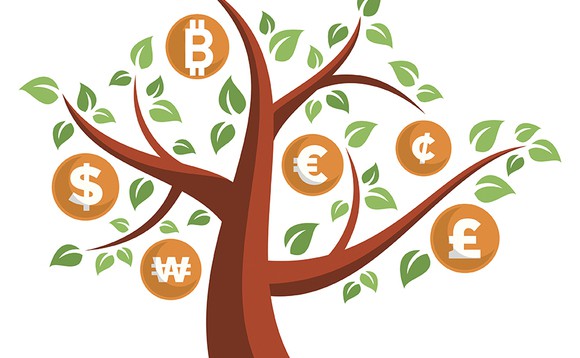 If you don’t know there are some unbelievable and fascinating facts about Bitcoin.

But believe you are unaware of it yet because you have been a victim of a movement that works to defame Bitcoin.

That’s why I want you to pause for a moment and look at these Bitcoin facts and judge it for yourself if they are facts or fiction.

And mind you these are some of the unusual facts about Bitcoin that you might now find anywhere else.

Having said that I believe only these are the essential Bitcoin facts that have lead to Bitcoin’s popularity and hence given rise to other supporting facts.

So let’s get in and see:

But before that I want you to look at this Bitcoin infographic and share it with your friends/family so that they too can remain informed about these vital Bitcoin facts:

Bitcoin Facts You Should Know Every 22nd May is celebrated as Bitcoin Pizza Day !!

In 2010, when Bitcoin reached some monetary value, people tried to buy Pizzas with it, and this was the first official record of Bitcoin being used to purchase goods and services.

On 22 May 2010, two Papa John’s Pizzas were bought by Laszlo Hanyecz for 10,000 BTC. This was the first official documented purchase of goods/services using bitcoins.

So this is how the first Bitcoin transaction worked and what all have happened after that is just history in the making which we all are witnessing together. I believe you know that Satoshi Nakamoto is no more around.

By no more, I mean he isn’t accessible on emails like he was before and for those of you who don’t know Satoshi Nakamoto, he was the creator of Bitcoin.

Satoshi shared his idea in 2008 in a cryptography mailing list and fixed critical bugs in the Bitcoin software before disappearing in 2011 following Gavin Andresen (Bitcoin developer) met CIA.

My talk at the CIA went well today. The hallways there are REALLY wide, and full of interesting stuff.

After which there were many speculations made for as who is Satoshi Nakamoto? And the speculations were mainly centered around Nick Sazbo, Dorian Nakamoto,  Hal Finney, etc.

But in 2016 Craig Wright, an Australian entrepreneur claimed that he is Satoshi, but he later failed to prove his claim and tried to co-opt Bitcoin with Bitcoin Cash guys.

Some also believe that Samsung, Toshiba, Nakamichi, and Motorola together created Bitcoin, as it appears from their names:

but there is not enough evidence to prove this theory. Lastly, it is a good thing that we don’t know about Satoshi yet because that’s the whole point of decentralized digital cash which Satoshi envisioned for.

Bitcoin is not anonymous; it is pseudo-anonymous.

Anyone can trace and find you if they know that a particular Bitcoin public address is associated with you.

For example, if you have written openly on BitcoinTalk form that ‘xyz…’ is your BTC address, then it is easy to track your activities on Bitcoin’s blockchain.

This is because Bitcoin’s blockchain is transparent and anyone can read it anytime. That’s how even Ross Ulbricht-the founder of Silk Road was traced, arrested and sentenced to jail.

But if you are looking for better ways to use Bitcoin, you may use VPNs and Bitcoin’s Lightning network to enhance your privacy.

You can also use bictoin exchanges that don’t require KYC and anonymous bitcoin wallets that will help you use Bitcoin anonymously.

Bitcoin is designed to give power back in the hands of people and help them realize their monetary sovereignty, but many people are yet to understand this basic concept.

Many individuals have lost their bitcoins by keeping it on exchanges where they don’t control their funds in reality while some early adopters have lost their coins due to their carelessness.

In 2012, James Howells threw away his hard disk that was containing private keys of 7500 bitcoins which he had mined in 2009. This translates into $25 million at the time of writing.

I know some of you might be surprised to know that bitcoins are mined.

How anything that is digital can be mined?

Well, that was the genius of Satoshi Nakamoto who smartly used cryptography, proof of work and consensus to make Bitcoin mining possible.

So just like money, bitcoins don’t grow on a tree, but unlike paper currency, you can’t touch Bitcoin because it is digital. And through a very energy intensive process, i.e., Bitcoin mining, new bitcoins are introduced to the system.

#6. Bitcoin- The Most Scarce Thing On Earth [Only 21 Million BTCs] Bitcoin is the most scarce thing humans have ever seen in their lives.

The protocol is designed in such a way that it will never produce more than 21 million coins and as we speak 17.5 million coins have been mined.

The last Bitcoin is expected to be mined around 2140 when I think neither you or me will be around. That’s why it is essential to make Bitcoin inheritance plan for your future generations.

These are things that you can buy with Bitcoin: Bitcoin has grown astronomically in the last 10 years, both in terms of price and its development.

But for now, we are interested in price so that I throw at you some numbers to make you realized what I am talking about. See this ROI table of Bitcoin if you invested in it for the following years:

Bitcoin is decentralized technology which has no singled point of failure in the form of a person or any company behind it.

That’s why it isn’t possible to ban Bitcoin without banning the whole internet.

Which atleast to me doesn’t look feasible !!

So what do you think??

Now you tell us: Did you enjoyed these Bitcoin facts? Did we miss any important Bitcoin facts here? Do tell us in the comments section below 🙂

Liked this post? Send it your friends and family who want to know about Bitcoin !!