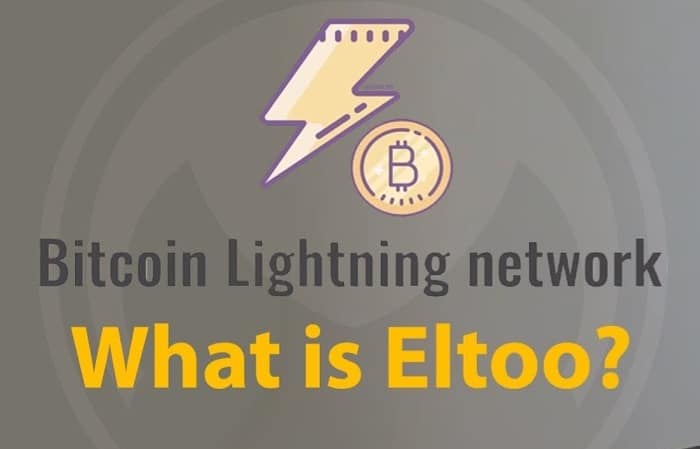 Lightning-Bitcoin’s second layer scaling solution is growing at the rate of Dog years.

And why not also when it is easier to coordinate for the second layer’s development which makes it easier to move fast and break things.

This time lightning developers have come up with a solution to improve upon the concept of payment channels that are currently implemented on lightning.

This improvement is called Eltoo and is better than the current version of channels (i.e., Poon-Dryja) that we have on the lightning.

So let’s deep dive into it by understanding the problem statement first which will help us in understanding, why we need new types of channels (i.e., Eltoo).

Poon-Dryja payment channels that lightning network uses as of now are penalty based channels.

Meaning whenever any of the parties involved in a channel tries to cheat another party by broadcasting an old state of the channel to get extra funds, the malicious party is penalized.

This is implemented through Poon-Dryja channel which requires the implementation of an LN penalty transaction that transfers the funds of the malicious party to the honest party.

The honest party can do this by broadcasting the correct state of the channel to the blockchain, which acts as the ultimate jury.

But there are situations in which the old state may get broadcasted by a human error or software bug. And in this case, it would be a very harsh penalty on the relevant party, who might lose his/her total funds.

Let say you open a channel with $100, and you forget or lose the latest state of the channel due to your software problem. By now you have already spent $99, so even if you close the channel with an old state you might only lose $1.

But, imagine that if you have only spent $1 yet and have forgotten your state of the channel due to some or the other reason. Now if you try to close the channel with an old state, you stand at the risk of losing $99, which is quite harsh.

This where Eltoo channels come in.

Ohhh eltoo, as in L2! pic.twitter.com/6VB1ng3qWw

Eltoo is an evocative name for signifying the layer 2 (i.e., L2 of lightning).

Eltoo is also known as Decker-Russell-Osuntokun channel name after its creators and is a proposed solution for making improvements over Poon-Dryja channels.

The main benefit of Eltoo is that it makes the channel implementation process more efficient by removing the need for implementing LN penalty transactions even if intermediary states are broadcasted to the chain for cheating.

Well in an Eltoo channel, as each new state is generated it invalidates the previous state thus leaving no incentive behind for the malicious actor to broadcast it to the blockchain.

This is a very clever way of dealing with malicious intents as well as preventing the loss of honest actors in cases where their old state is broadcasted accidentally.

How Is Eltoo Being Implemented?

Eltoo payment channels are not ready yet because it requires a slight modification in Bitcoin’s scripting language where a new OP code known as sighash_noinput needs to be introduced first.

This gives Bitcoin extra flexibility in signing outputs and inputs in a specific way which makes Eltoo channels possible on lightning.

That’s why with Eltoo’s implementation you can expect that lightning network will have different sub-networks implementing different types of payment channels. And users will be able to use them as per their needs, and the good thing is payments will still be consistent across the whole network.

So in this way, many payment channels of different types will run parallelly.

There are several benefits of Eltoo in the lightning network, and there are benefits beyond lightning too:

Lastly, I think it is a fair method also because it just does what it is supposed to do, i.e., a fair outcome for good actors whereas no incentive for bad actors even if they misbehave.

Note: Eltoo is yet far from implementation, but with imminent Schnorr signatures, MAST, & Taproot, you can expect that developers implement the scripting change which will make Eltoo channels a reality on the lightning network.

That’s all from our side in today’s introduction of Eltoo channels.

Do share it with your friends and family members who are interested in knowing about Bitcoin’s Lightning Network and its Eltoo protocol !!