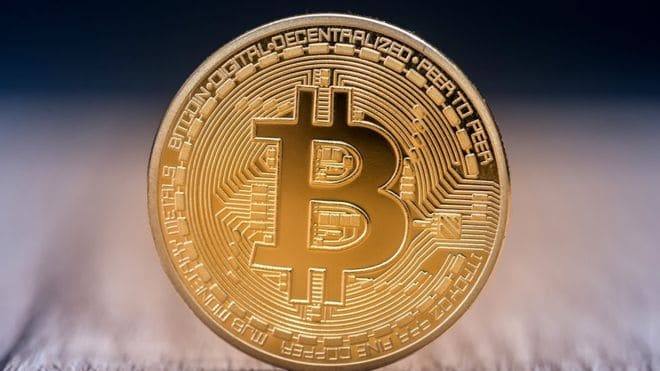 Wanting to watch some of the best bitcoin and blockchain documentaries?

Well, then you are in the right place because we have got you covered.

With thorough research and due to our own interest in the bitcoin and cryptocurrency documentary realm we have made this exhaustive list of documentaries for you.

We believe watching these documentaries should of paramount importance because knowing about Bitcoin- the hardest and the purest form of money is the need of the hour.

And not knowing about one of the most integral underlying technology of Bitcoin, i.e., Blockchain would be criminal.

That’s why we have made this list so that you can understand more about digital money and benefit from it in the future.

And what better? Then starting with documentaries…

So let’s get the ball rolling.

PS: Interested in learning and getting smarter about Bitcoin in just 10-hours. Here is a curated Bitcoin Crash Course which you can subscribe right now and it is FREE.

Also, do check out our Bitcoin Musings Newsletter sent every Tuesday to know more than usual about the Bitcoin revolution.

#1. Bitcoin: Beyond the Bubble

Struggling with the jargon-filled world of Bitcoin then Bitcoin: Beyond the Bubble is for you. The film also examines other forms of money throughout history like Gold, Silver and the US dollar. And Bitcoin is just seen as the next obvious evolution of money.

The first Chinese documentary to be launched on Bitcoin with English subtitles gives you insights into Chinese as well as the worldview of Bitcoin. The documentary also talks about Bitcoin Pizza Day and features Bitman, ViaBTC, Huobi, Bixin- the Chinese mining companies and “Chinese Bitcoin Exchanges”.

If you want to know it from the beginning then this the best Bitcoin documentary on Bitcoin in my opinion. As it talks about why Bitcoin? The financial crisis of 2008 and tries to create awareness about the broken traditional financial system. It features some of the popular Bitcoin proponents like Andreas Antonopolous, Peter Todd, ‘Bitcoin Jesus’ Roger Ver, etc.

#5. The Blockchain and Us

Want to know what software developers, cryptologists, researchers, entrepreneurs, consultants, VCs, authors, politicians, and futurists from the United States, Canada, Switzerland, the UK, and Australia think about the Bitcoin and Blockchain?

Then this is the documentary you must see!!

Want to dwell deeper into Australia’s Bitcoin and blockchain scene?

Then this is it.

Get to know who Australia is embracing Bitcoin and how its start-up/co-working culture is spreading the word. Plus with insights on Australia’s mining and retail shops scenario developing around Bitcoin.

Wanting to learn what money is?

Then this the best documentary to watch. Also, learn how the centralized banking system gets tampered, again and again, ultimately turning into fraud.

This documentary is about Bitcoin’s impact in Argentina. In Buenos Aires talking with Diego who uses Bitcoin to avoid the skyrocketing inflation and monetary restrictions of the Argentinian Peso.

Magic Money is a documentary film that explores the mysterious origins of Bitcoin, its role in society, and how it could shape the future of our world. Featuring Jeff Berwick, Trace Mayer, Tone Vays discusses how global financial instability in the headlines daily, more and more people are taking their money away from the banks.

Get to know about the early days of Satoshi Nakamoto through this documentary and also learn about the monetary history of the 1900s. Also, learn from the featured experts such as Gavin Andresen,  Trace Mayer, and Eric Voorhees, what they think about this technology.

Is Scandinavia ready for Bitcoin?

This is the starting point for ‘The Bitcoin experiment,’ a road movie where they meet lawyers, government officials, enthusiasts and skeptics about the Bitcoin, blockchain, digital currency.

This short documentary is about how small organic farmers are using bitcoins to reach their customers directly – with no fees and intermediaries.

The ulterior State, an IamSatoshi production, is an argumentative documentary project. This investigative process allowed having real-life conversations with some thought leaders within the Bitcoin ecosystem. In an attempt to portray the community behind the message to adopt a network, being a one-man team allowed for easier access to the subjects.

The film took three years and 125 videos to complete.

Want to see Bitcoin from the lens of a computer programmer’s who illustrate the social and political impact of the world’s first global and open-source digital currency.

Do bitcoin and blockchain represent the technological innovations that will forever alter the way we conduct financial transactions or are they merely a hype-fueled sham?

Find out in this documentary.

The story about Ronald from Kampala, Uganda who receives bitcoin from his family in the US to support his education.

In the world of cryptocurrency, money is power, sparking a gold rush wherever energy is cheap and abundant. A booming cryptocurrency mining industry is disrupting a small town in Washington state, see this how in this documentary.

Find out how it is live your first 90 days of honeymoon strictly on Bitcoin through this documentary.

A documentary about the potential impact of blockchain (or “distributed ledger”) technology on financial services: what blockchain is, how it creates value, where it’s being applied, the roadblocks it faces on its way to wider adoption, and its possible futures.

In our latest NEST HQ documentary, we explore the ever-growing world of the blockchain, the underlying technology behind Bitcoin and Ethereum, and its potential uses in the arts and entertainment space.

This talks about how the Bitcoin scene is unfolding in Iceland and what Genesis mining- the world’s biggest mining company is doing here in Iceland.

There are rumblings around the world that Switzerland is becoming the crypto capital of the world. And this documentary by CoinTelegraph is to find out that

Bitcoin In Kenya’s style is framed by an investigative approach to expose Bitcoin as a global digital currency, as well as a ground-breaking technology. It is a journey between rural-unbanked Kenya to Nairobi’s technological start-up hub.

#25. TRUST MACHINE: THE STORY OF BLOCKCHAIN

Award-winning documentarian Alex Winter (DOWNLOADED, DEEP WEB) TRUST MACHINE drills down on blockchain technology. Why are banks terrified while UNICEF embraces it to feed refugee children? Is blockchain technology poised to be bigger than the Internet or a bubble built on hype?

#27. From Bitcoin To Hashgraph (Documentary)

These where the some most interesting bitcoin documentaries on Youtube

Of course, to make this list, I have referred to bitcoin documentary on Netflix, HBO and Amazon Prime and thus have concluded that these are some of the most comprehensive and complete documentaries to watch out now.